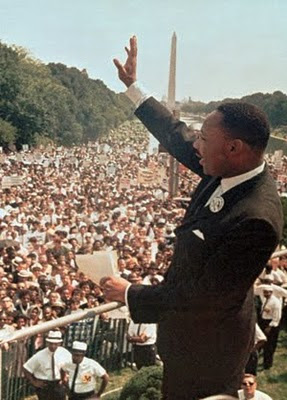 Americans often contemplate what our lives would be like if it were not for Martin Luther King Jr. Arguably, he is one of the most influential human beings of our time. A preacher’s son who promoted and demonstrated peaceful protest through nonviolent paths of resistance, King preached hope and love, predominately through his actions. In retrospect, we evaluate the relevance of his “dream” today in order to assess whether it has been achieved.

In various ways, our country has made tremendous strides and achievements. For example, rather than “desegregation” we have seen progress with “integration,” meaning our children now attend the same schools and are able to compete academically in ways never before seen. Moreover, religiously, we have seen the nation soften its stance on most religions. And, we have seen the country become more tolerant such that it did something that most of us thought we would never see: elect the first African-American president of the United States, Barack Obama.

Despite these advances, however, our country still has a long way to go before King’s “dream” becomes reality. We cannot use King’s “colorless” philosophy to circumvent our country’s strides with regard to affirmative action by eradicating it under the guise of non-discrimination, like in Proposition 209, which essentially eliminated the ability to use race in the admissions process or the procurement of government contracts.

Moreover, “post-9/11” has launched our country in a tailspin, destroying the advances made in our inalienable/civil rights since segregation and CointelPro. Privacy is becoming a thing of the past and our country is utilizing its powers to usurp the Bill of Rights, including the Fourth Amendment, which prevents illegal searches and seizures merely because people are DWB (driving while black or brown).

Senator Harry Reid’s comments released last Friday punctuate the fact that even though there are liberal Democrats that are sensitive to issues of race, we still have to remove the “field slave versus house slave” mentality that lighter-skinned African-Americans will progress further in life (including obtaining the presidency) compared to those with darker skin.

Progress is measured by being mindful of our starting and ending points. Our country is far better off than the lynchings, government-sanctioned terror and overt racism that existed in the past. Nevertheless, we still have distinct areas that need improvement. All we can do is pray and work to see that King’s dream is realized fully in our lifetime.

Kevin L. Nichols is an author and the president/CEO of KLN Publishing, located in San Francisco. For more information, visit http://klnpublishingllc.blogspot.com.