Free Mental Health Classes in Richmond sponsored by the NationalAlliance on Mental Illness (NAMI) Richmond a local of NAMI ContraCosta.If you have a loved one with a severe and persistent mental healthissue, then these 12 free classes are for you. It is not a supportgroup but a one night a week, two hour—12 week course. It will provideinformation to help your family and loved one.This is the 5th year Family 2 Family (F2F) is being offered free inRichmond. Space is limited. The class normally enrolls 20 familymembers. It will change your life and living circumstances. Wheelchairaccess is available.The course will cover information·        Schizophrenia and Schizoaffective Disorder·        Bipolar Disorder (Manic Depression)·        Panic Disorder·        Borderline Personality Disorder·        Major Depression,·        Obsessive Compulsive Disorder, and·        Post Traumatic Stress Disorder (PTSD)The course will also provide the right information to help your familymaintain its well-being, find health recovery solutions for your lovedone and begin your mental health community advocacy.Location: Grace Lutheran Church, 2369 Barrett Avenue at 24th StreetRichmondTime: 7:00PM to 9:00PMDate: Thursdays, Starting Sept. 6th and ending Dec. 6th 2012.For Information CallBaby Raff… 510.374.9651,Dolores Ruff 510.593.7971,Dr. Mujahidun Sumchai 510.237.9277 orEmailfamily2familyrichmond.nami@gmail.comBe Well
Posted by Unknown at 10:59 PM No comments:

It is said that “Service is the rent that we pay here on Earth.”  Many of my friends have decided to answer this call by running for local political office.  Although I have always supported candidates behind the scene, this year, I have publically gotten involved with national politics, with my avid support to re-elect President Barack Obama.  Needless to say, I have also felt compelled to assist our local politicians with getting their message out to their constituents.

I asked many of my friends who are running for office to send me a blurb about their platform with a link for voters to find more information about them and to provide a link for supporters to show their financial support to their mission.  Please see below and support those who you feel will serve our community the best at this pivotal point of our country’s existence: 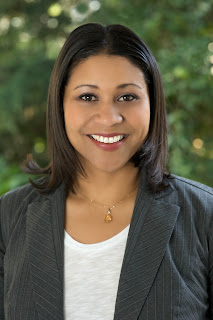 As a lifelong San Franciscan, a native of District 5 growing up in public housing in the Western Addition, I was constantly inspired by the many committed, caring and passionate people who were working to help their fellow citizens.

They fought for the same things that I will fight for in City Hall as the Supervisor for District 5:

* More and better jobs for San Francisco residents
* Quality, affordable housing across the entire City
* Education that positions students of all ages for success
* A safer City for ourselves and our children
* Re-connecting City Hall with the communities it represents
I have been blessed to serve in City government on the Redevelopment Commission and Fire Commission, and to partner with City government for the last ten years in my role as Executive Director of the African-American Arts and Culture Complex. Now, I am hoping to take the next step forward in making City Hall work for all San Franciscans.
District 5 needs a practical, progressive Supervisor with experience, ability, and creativity, who puts people first every moment of every day.

I’m running to be a leader who connects the dots between our government and our communities, so everyone in District 5 and the entire city has the opportunity to make everything they want of their lives, and together those lives will make San Francisco the city we’ve always dreamed of. 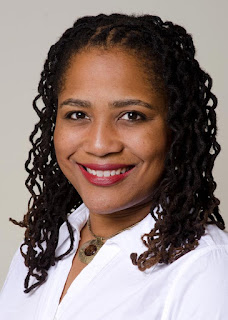 Lynette has more nearly twenty years of experience in housing and community development. Since 2001, Lynette Gibson McElhaney has served as the Executive Director of Neighborhood Housing Services of the East Bay, which is a housing counseling and community development corporation established in 1982. In her current capacity, Lynette manages a $2 million rental real estate portfolio and supports critical counseling services to more than 400 households annually through its foreclosure mitigation and first-time homebuyer programs. Under her leadership NHS has co-developed 82 units as part of Richmond's largest redevelopment effort. Eastbay NHS has been at the forefront of Contra Costa's foreclosure crisis, launching the first public awareness campaign that included a press conference with Rep. George Miller.
Lynette is proud to have spent her career working hard to develop housing and economic opportunity in low-income communities. She believes that her experience as the Executive Director of NHS has trained her to balance a large budget, make a payroll, and bridge the interests of the business community with the needs of the neighborhood. Lynette envisions a healthy city as one that balances a vibrant business sector with a commitment to economic justice for all residents.

Lynette is the daughter of a union machinist and a telecommunications worker. She has a Bachelors of Arts from University of California, Berkeley. Lynette has lived in West Oakland since she was a student at Cal. Her and her husband are members of True Vine Ministries and their son attends an Oakland public high school. 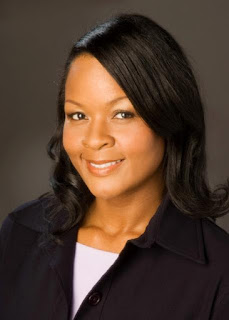 
Dr. Nyeisha DeWitt is a native Oaklander and a candidate for City Council in Oakland's Third District, which includes West Oakland, Downtown and Uptown Oakland, and Adam's Point, among other neighborhoods.

Nyeisha is an active member of the Alameda County Democratic Central Committee, Oakland Unified School District’s Truancy Task Force, and Effective Teachers for Oakland Task Force. She works closely with the Mayor's Office to tackle the dropout crisis in the Oakland community and is the Program Director of Citywide Dropout Prevention at Oakland’s Promise Alliance.  Nyeisha was recently featured on the California Forward website as a “Forward Thinker”.  In 2010, she was recognized as a Hometown Hero in Oakland, by Comcast and ANG Newsgroup. 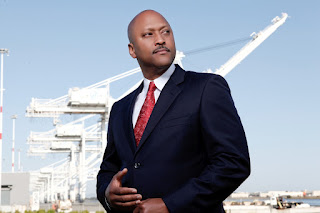 
I understand the root causes of violence which have to do with poverty, the lack of opportunity and the feeling of hopelessness that so many African American males experience. In April 2005 my younger brother was murdered in the streets of Oakland. As a result of that tragedy I decided to become more involved in mentoring young people, offering them conflict resolution and life management skills. With the hope that I would be able to help develop young persons and subsequently create a safer community.  In the Fall of 2006, I enrolled in law school to learn and understand policy and to use my education for the benefit of Oakland.

I am the best candidate because my motive for serving the community is genuine. I currently serve the City of Oakland as a Commissioner on the Citizens Police Review Board where I have deliberated countless cases where the public has sought redress of their concerns.  I have used my legal training to arrive at fair and impartial decisions.  I also serve as the Public Affairs Liason for the Congress of California Seniors where I have been instrumental in producing workshops on elder abuse and financial literacy that teach seniors how to safe guard their assets. I am a natural bridge builder. As a longshoreman in the Port of Oakland for eight years, I have been a bridge builder between the Port and the ILWU to ensure that cargo continued to move. I will bring all of these experiences to bear on the Oakland City Council.

For more information and to donate, please visit www.muhammadforoakland.org 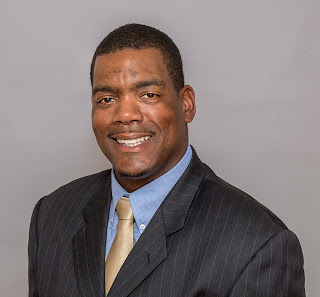 Hello Oakland.   My name is Tyriene Amey and I am running for Peralta Community College District Trustee for area 2.

I am a small business owner, educator, coach, disabled veteran and West Point graduate.  I am also a loyal husband and loving father of two.

I am running for trustee because of my love of education, my desire and ability to lead, and because I believe I possess the education and real world experience necessary to provide the qualified oversight over our tax dollars needed during these fiscally trying times.

My pledge is to not only work hard to find or expand revenue sources, but to also work to find ways to increase efficiency in our current system in order to decrease waste.  I also pledge to keep the focus of Peralta community colleges on OUR community instead of outside or foreign interests.

My top three initiatives are as follows:
1.  Solicit and form partnerships with local industries as a means of generating new revenues to the district while providing valuable intern and work experience to students.
2.  Increase the number of on-line classes offered in order to provide more access to our community.
3.  Honor all labor agreements currently in place while working with unions and administrations to find common ground on total compensation packages that work for all parties involved.

For more information and to donate, please visit  tyrieneameyperaltaccd.weebly.com
Posted by Unknown at 4:00 PM No comments: