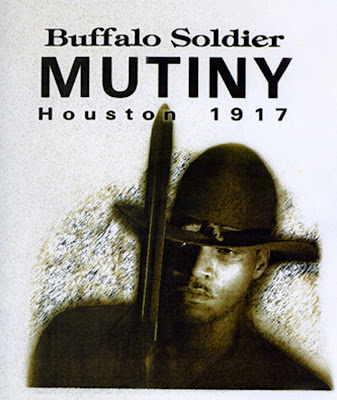 Synopsis: For a half century, most records remained sealed on an event that shook the U.S. Army to its core and influenced the way it would treat black soldiers for the next 30 years.

The event was the Houston Mutiny & Courts Martial of 1917-1918, and it erupted in part because a company of recently transferred Buffalo Soldiers refused to submit to the racist Jim Crow laws being enforced by the city’s political leadership and police force.

The film explores a true 20th century tragedy, one in which no side is without blame, and one which ultimately cost more than 30 people their lives.


Extra Note: The film can be digitally downloaded for a small fee at www.zipidee.com