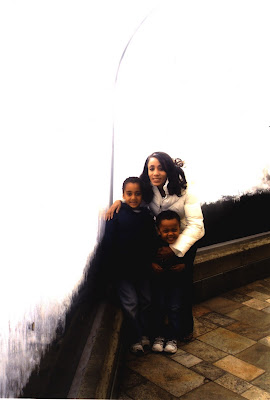 ----------------------------------------------------------------
If stay-at-home moms got paid, they'd make six figures
Mark Jewell, Associated Press
Friday, May 9, 2008
(05-09) 04:00 PDT Boston - --
If a stay-at-home mom could be compensated in dollars rather than personal satisfaction and unconditional love, she'd rake in a nifty sum of nearly $117,000 a year.
That's according to a pre-Mother's Day study released Thursday by Salary.com, a Waltham, Mass., firm that studies workplace compensation.
The eighth annual survey calculated a mom's market value by studying pay levels for 10 job titles with duties that a typical mom performs, ranging from housekeeper and day care center teacher to van driver, psychologist and chief executive officer.
This year, the annual salary for a stay-at-home mom would be $116,805, while a working mom who also juggles an outside job would get $68,405 for her motherly duties.
One stay-at-home mom said the six-figure salary sounds a little low.
"I think a lot of people think we sit at home and have a lot of fun and don't do a lot of work," said Samantha Russell, a Fremont, N.H., mother who left her job as a pastry chef to raise two boys, ages 2 and 4. "But they should try cleaning their house with little kids running around and messing it up right after them."
The biggest factor in a mom's theoretical salary is the amount of overtime pay she'd receive for working more than 40 hours a week.
The 18,000 moms surveyed about their typical week reported working 94.4 hours - meaning they'd be spending more than half their working hours on overtime.
Working moms reported an average 54.6-hour "mom workweek" besides the hours they spent at paying jobs.
Russell agreed that her job as a stay-at-home mom is more than full time. But she said it brings intangible benefits that she wouldn't enjoy in the workplace.
"The rewards aren't monetary, but it's a reward knowing that they're safe and happy," Russell said of her sons. "It's worth it all."
http://sfgate.com/cgi-bin/article.cgi?f=/c/a/2008/05/09/MN5A10JBFH.DTL
This article appeared on page A - 11 of the San Francisco Chronicle
Posted by Unknown at 1:22 PM