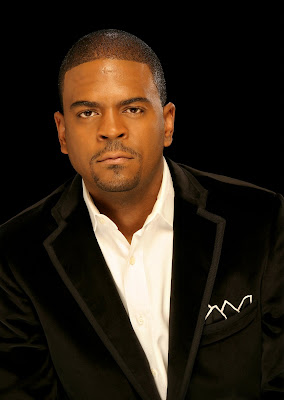 Who would have thought that Oakland native Shakir Stewart, who appeared in the Digital Underground video “Humpty Dance” wearing a polka dot shirt in the early 1990s, would go on to become the executive vice president of Island Def Jam?

Many people would have, based on Stewart’s leadership as senior class president at St. Mary’s College High School and first vice president of the United Black Students of California.
Stewart took his ability to promote local events to new heights when he left the Bay Area to attend Morehouse College in Atlanta. He graduated in 1996 with a bachelor’s degree in marketing, and established his presence as a concert promoter and businessman by promoting such artists as Nas, Luke, Scarface and Oakland’s own Too Short.

Stewart’s entrepreneurial spirit led him to create a successful promotions company with a few other associates and then establish a music studio called Noontime Music. This endeavor eventually led to a joint venture with Epic Records.

He then launched a venture with Hitco Music Publishing, where Stewart signed on as creative director. His ability to demonstrate and perfect his A&R (artist and repertoire) skills sparked the interest of then president of Arista and Hitco’s owner, Antonio “L.A.” Reid. He offered Stewart an A&R consultant position with LaFace Records. Soon thereafter, Stewart left his post with Hitco and joined Island/Def Jam Music Group as its vice president of A&R. He was recently promoted to his new role as executive VP.

According to Island/Def Jam, Stewart is responsible for signing such talent as R&B sensation Ciara and rap stars Rick Ross and Young Jeezy. He published the successive #1 hits in Billboard’s Hot 100 Chart as Destiny Child’s “Survivor,” Outkast’s “The Way You Move,” Beyonce’s “Crazy in Love” and “Baby Boy,” and assembled and organized Usher’s massive hit “Yeah” on the 12- time platinum album Confessions.

Stewart will now manage the day to day operations of the label, including the acquisition and development of new talent, and the management of producers.

Kevin L. Nichols is an author and president/CEO of KLN Publishing in San Francisco.
For more information, visit http://klnpublishingllc.blogspot.com.
Copyright © 2008 The Globe Newspapers, Inc. All Rights Reserved.
Posted by Unknown at 4:54 PM